It’s great that iOS 15 (or 14?) has added a feature in the Photos.app to be able to set/adjust the photo’s location (https://9to5mac.com/2021/11/02/change-photo-date-time-iphone-ios-15/). I decided to add locations to some old photos. It’s not a fast process on the phone, at least since there are no filters to find photos without location (I could try using Photos.app on OSX, but I just don’t trust it to be able to import and export all the photos to the iPhone without any other side effects; there used to be an issue with iTunes, when you imported outside photos, they couldn’t event be removed from an iPad?!).

I’m using an OpenStreetMap-based application to recollect the place where a photo was taken: Windy Maps and Pocket Earth — they both can display vector OSM maps without downloading them (I like the features of OsmAnd and Organic Maps more, but they require downloading map regions first and there are too many of those for the photos).

In Photos.app, you can select a photo, swipe up, and the “Add a location…” button opens a modal where you can “Enter New Location”: 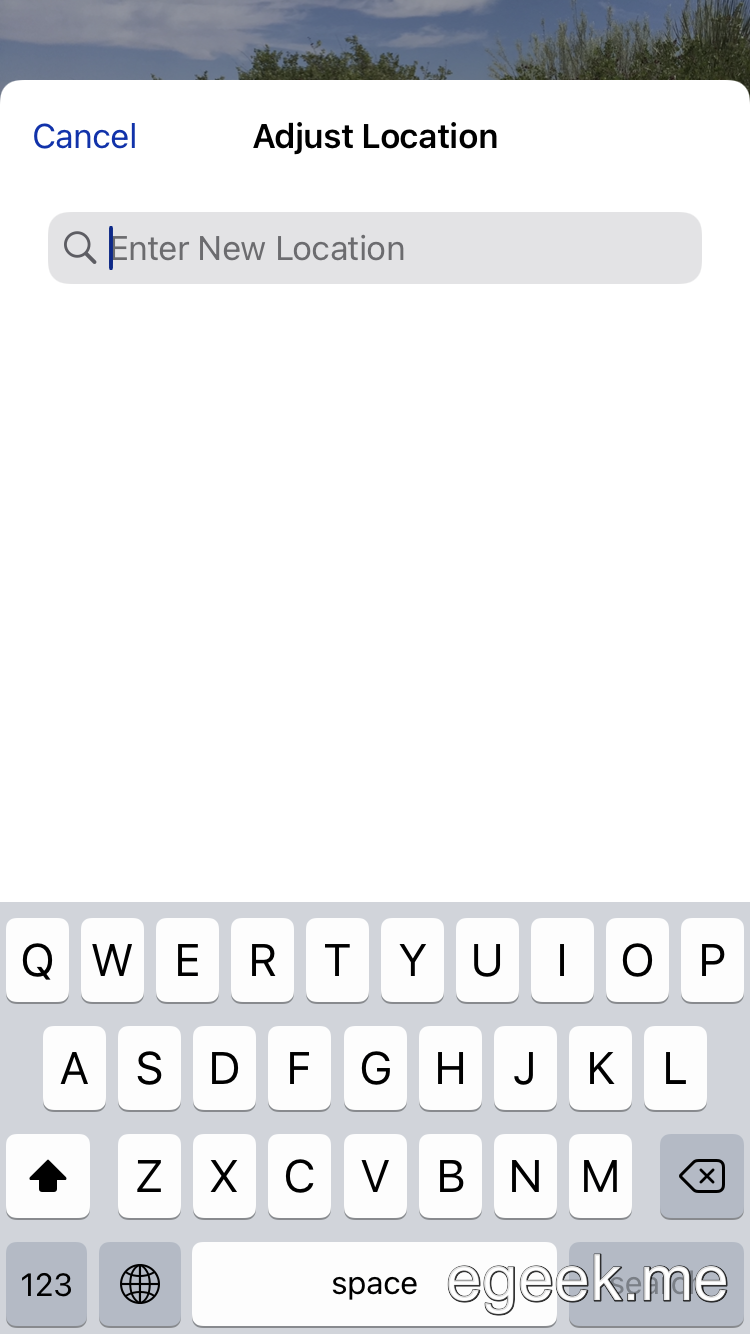 Unfortunately this is the only way to pick a location; you can’t pick it on the map (apparently that wouldn’t be too user-friendly for apple). This is useful when you know the name of a feature, but don’t know the precise location. E.g. “Dune Life Nature Trail” in White Sands National Park: 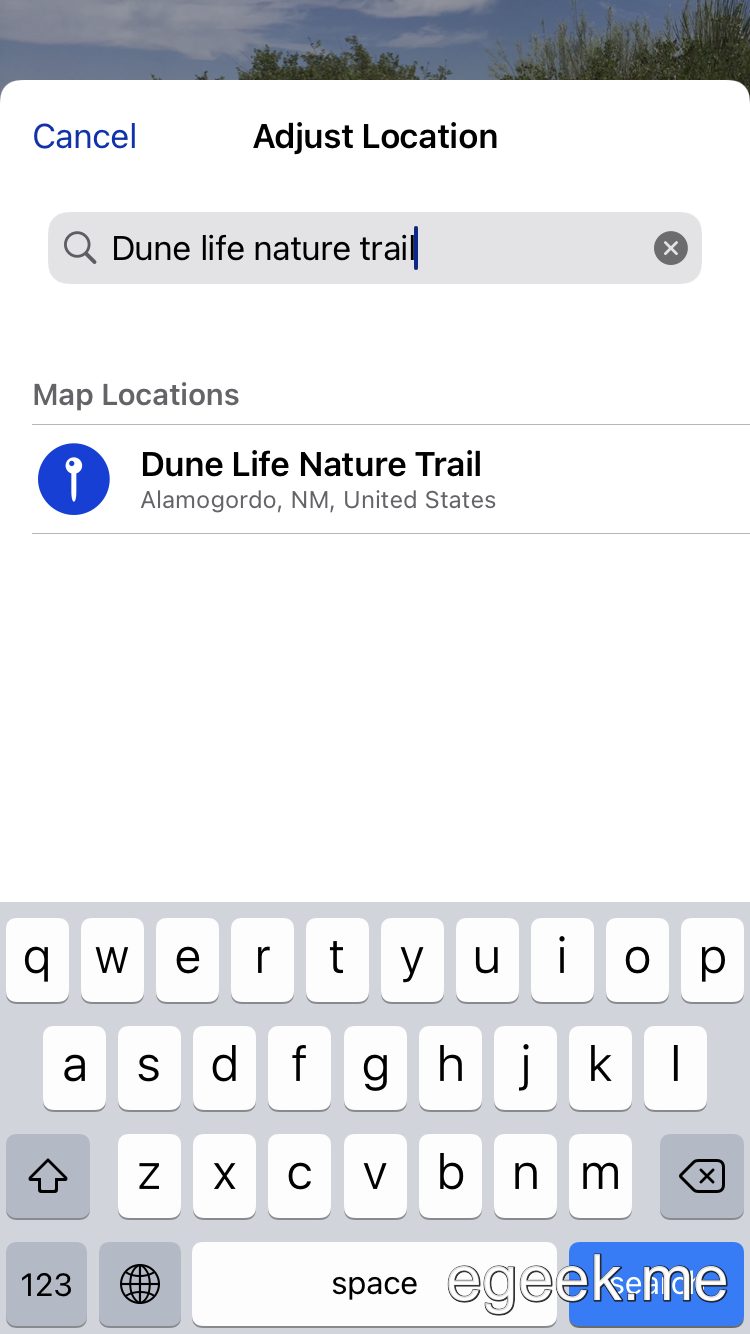 Discovery #1: you can paste GPS coordinates in the search bar, the app will display one reverse geocoding result, you click it and the precise location is set!

I used Windy Maps to get GPS coordinates and this process worked fine except for some cases where the resulting location wasn’t the one I’d set. That happened when I used a specific point on a street and the final location was a different (probably center) location of that street. For example, I want to pick a specific point on the trail (https://osmand.net/go.html?lat=32.79196&lon=-106.21258&z=19): 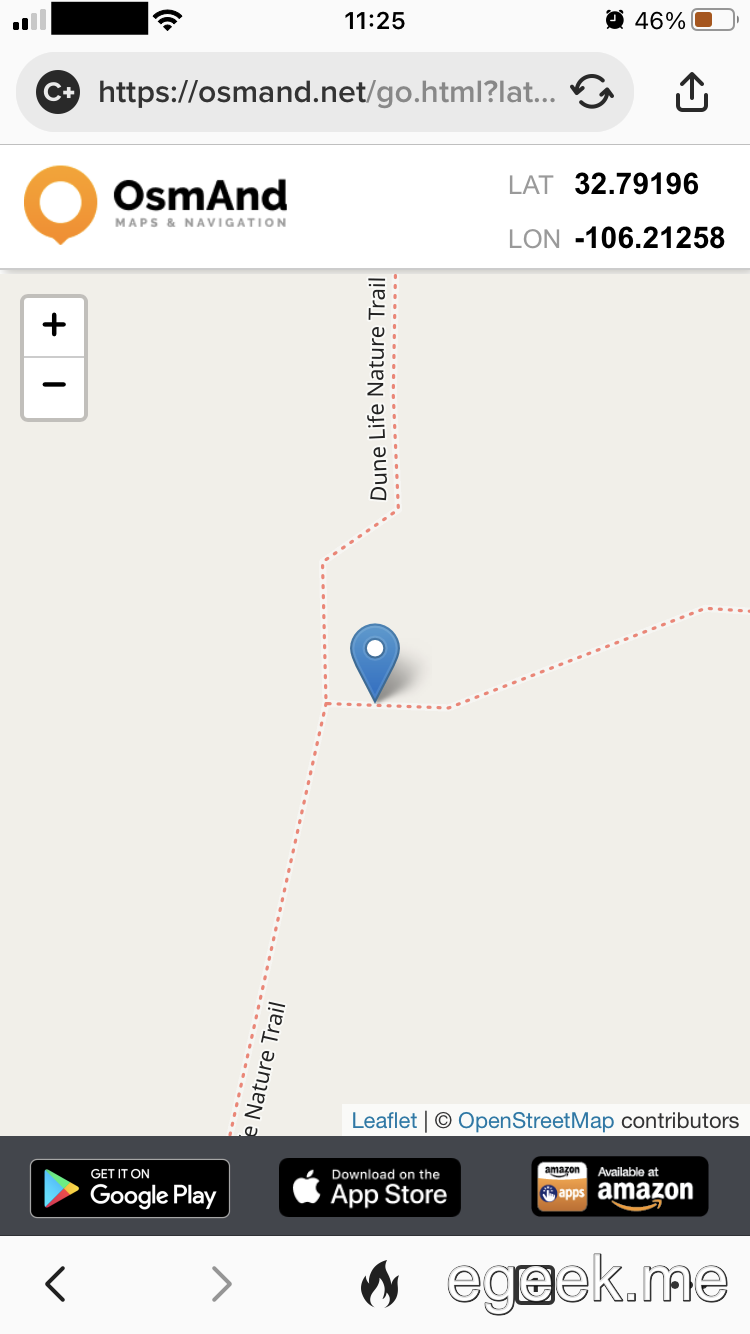 When I long-tap that place in Windy Maps 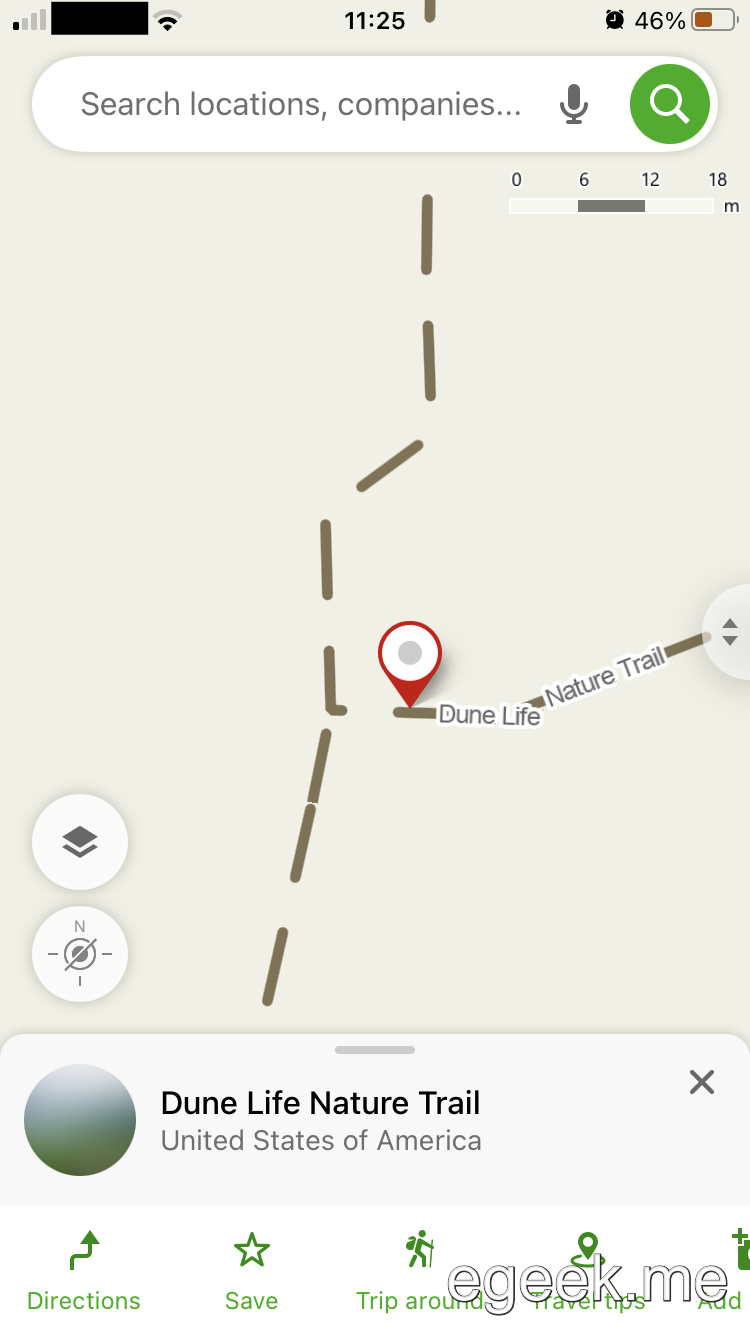 , copy the GPS coordinates, paste them into Photos.app 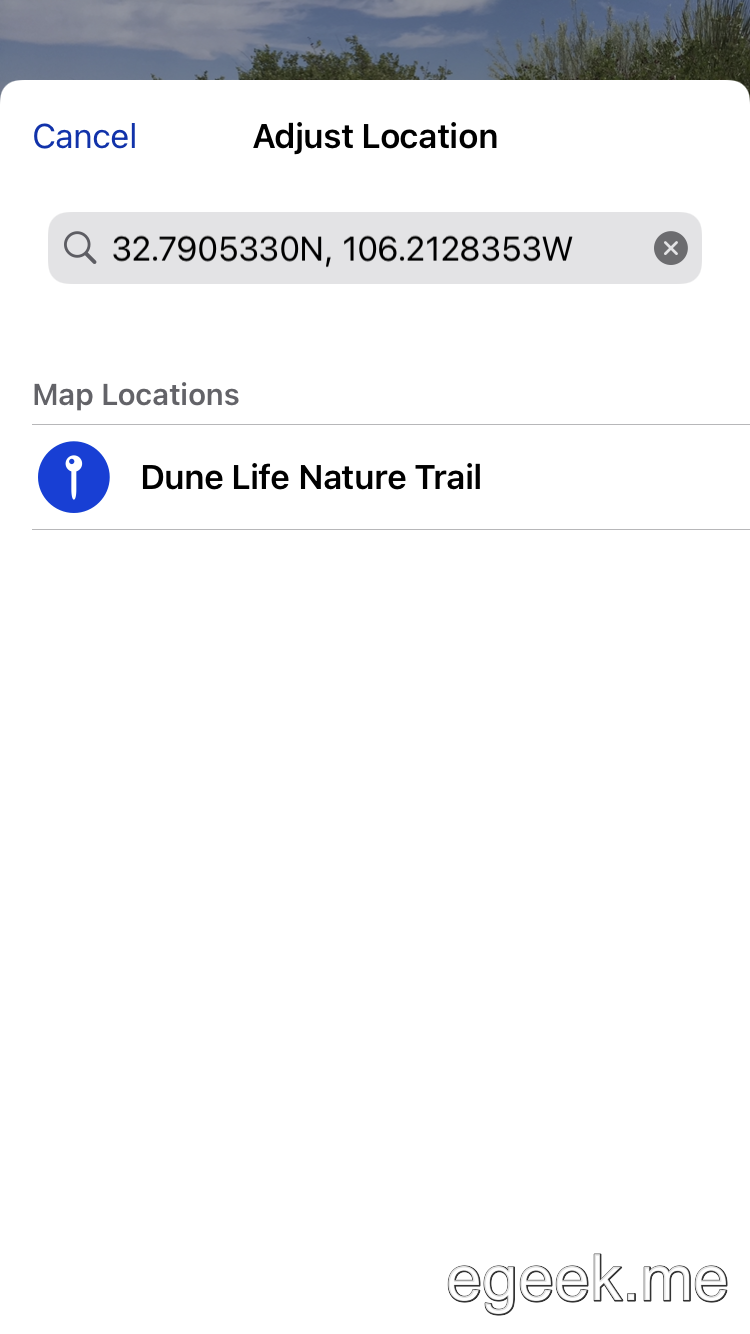 and save the result, the photo’s location is on that trail, but at a different place: 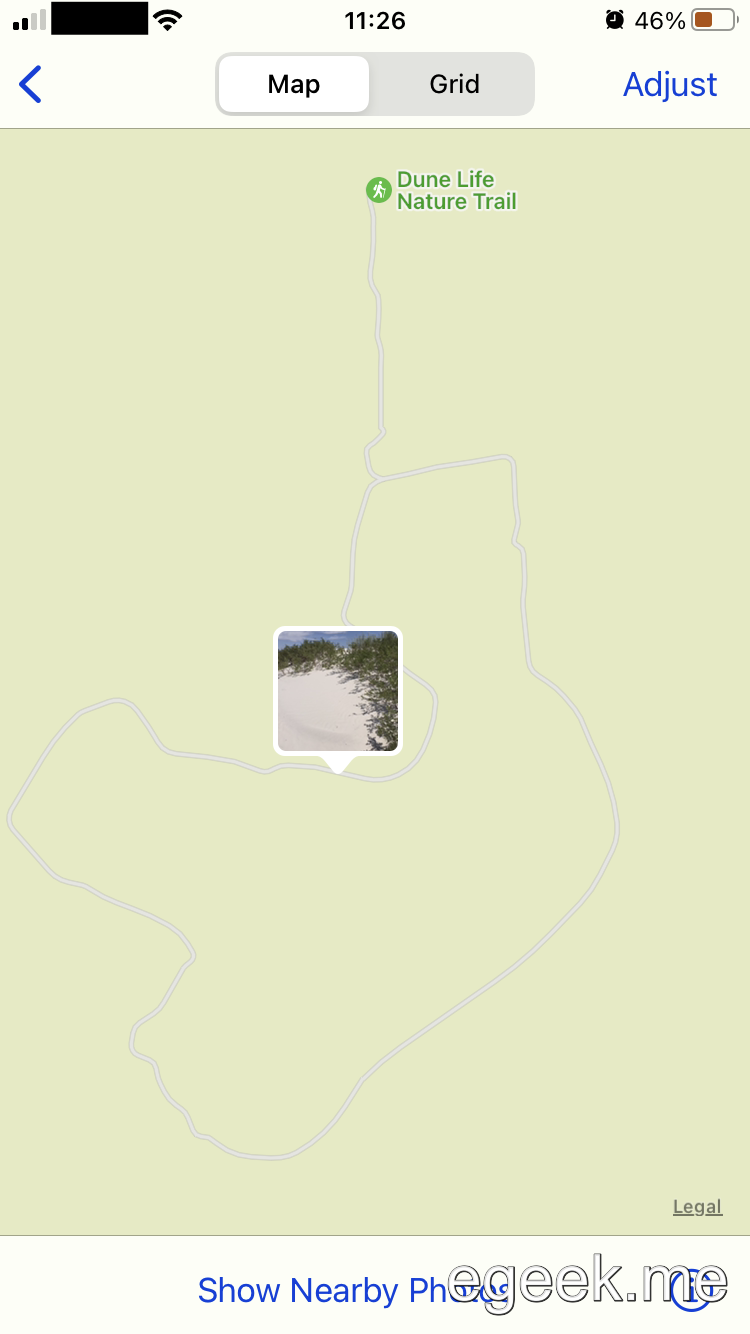 Discovery #2: I blamed the Photos.app for using the wrong coordinates, but I was wrong: it was a “smartness” feature of Windy Maps. I’m now using Pocket Earth, which doesn’t have this auto-correction, but it does always display an alert when I’ve copied coordinates. Yes, I know I copied them, no need to present me with another button (in the alert) that I must tap! I don’t need these “smart” features and guess what, there are no settings to turn them off.

I’m amazed, and annoyed, by programs with some “smart” features-improvements that the user can’t turn off. Two examples are directly above.

ps. Windy Maps is getting replaced by Mapy.cz, which also has this always-on GPS auto-correction.