I needed to archive my project and export its .ipa file with Xcode, so I went to “Product” > “Archive”. After building the project a new window opens where you click “Export…”, then select “Development”. And it shows “The data couldn’t be read because it isn’t in the correct format.” error: 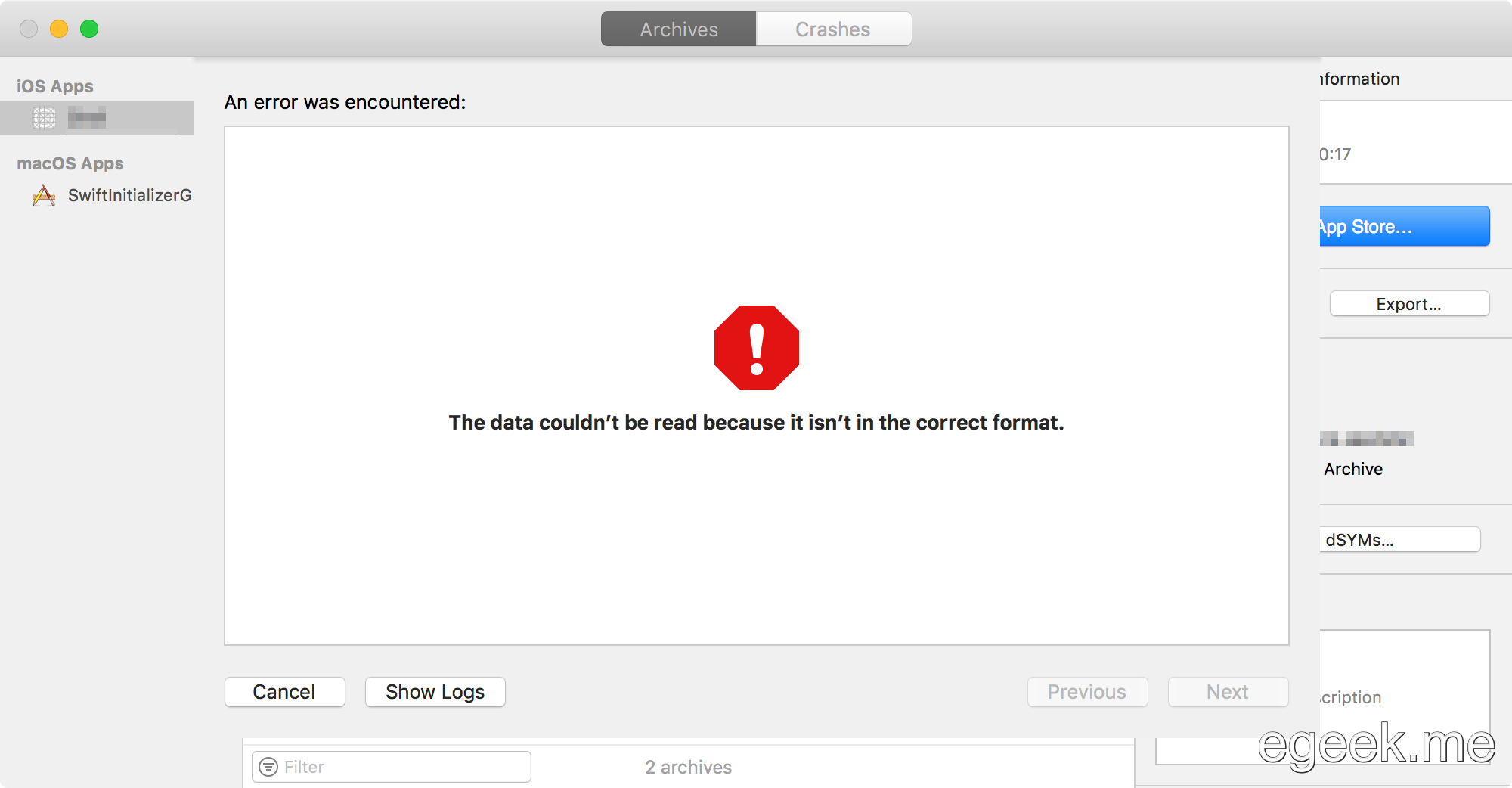 How can it be an incorrect format?! Xcode restarts didn’t help.

I clicked “Show Logs”, a Finder window open with a directory with three log files, and at the end of IDEDistribution.standard.log I’ve found something interesting:

Surprise surprise, ipatool is a ruby script. So here is the root cause: incompatible library version - /Users/awesome/.rvm/gems/ruby-2.2.3@project/gems/json-1.8.6/lib/json/ext/parser.bundle (fatal) — I have an rvm gemset set as the default ruby version for my main project, and it has a different version of the json gem. I can actually reproduce it by running the command /Applications/Xcode.app/Contents/Developer/usr/bin/ipatool manually.

One possible fix is to set back the system ruby as the default one: rvm use system --default, but it’s not convenient.

I’ve compared the environment variables from my regular shell and the one that Xcode launches, and found that Xcode adds its paths to $PATH (e.g., /Applications/Xcode.app/Contents/Developer/Toolchains/XcodeDefault.xctoolchain/usr/bin), so I’ve updated my ~/.zshrc to check for that and automagically use the system ruby just for Xcode:

Restart Xcode after updating the file. And I was able to export the .ipa file.